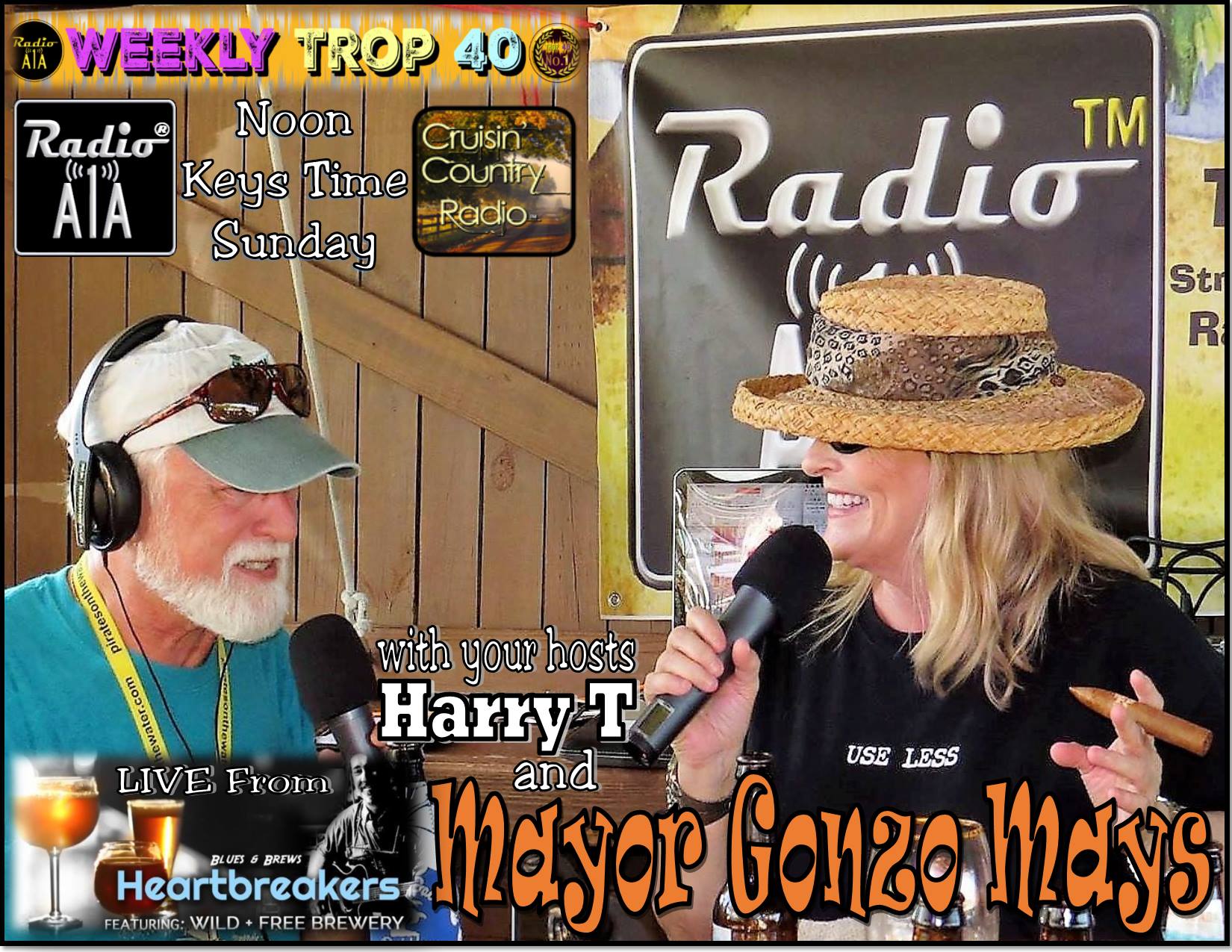 The best in ‘Tropical Americana’ LIVE from Heartbreakers Brewhouse in Islamorada, Florida Keys

The Official ‘Weekly Tropical Americana Top 40’ page is an effort by RadioA1A and fans of ‘Tropical Americana’ Music to recognize the outstanding songs and albums from this wonderful tropical music genre’.

Each week the new top 40 (Trop 40) rankings for the latest ‘Tropical Americana’ song and album releases will be announced on RadioA1A and published to social media.

All ‘write in’ (Other) votes allow songs to be placed into the running and available for voting and all songs that receive one vote will be listed on the following weekly poll and will not need to be written in. Original ‘Tropical Americana’ songs by Independent Singer Songwriters are required to be in the RadioA1A programming rotation for at least one week to be eligible for consideration.

After the final poll of each month the total votes are counted and the top 40, top 10 and number 1 songs for the month are published in a full page feature in PHlockers Magazine and in Trop Rockin’ Magazine.

A special issue of PHlockers Magazine and Trop Rockin’ Magazine will publish the announcement of the number 1 song of the year in a full page feature. Only one vote per person. We are now inviting and consulting ‘Tropical Americana’ Media industry professionals to act as impartial judges and adding their respective input to the raw fan votes. We believe that this method more fairly represents and determines the best of the ‘Tropical Americana’ Music in the uniquely ‘Original’ RadioA1A programming. Unique promotional efforts and appeals for votes are welcomed and encouraged. Vote, Share and Promote…!!!